a) adult: Teeth 12 - 10/11 - 11, small, similar in the upper and lower jaws. Each tooth with a subrectangular base about four times as long as high, and carrying a large, laterally-directed major cusp flanked by one or two minor cusps on each side. In the upper teeth the medial margin of the major cusp is convex, and there are two minor cusps on each flank, those on the median flank being directed medially, those on the lateral flank directed laterally. In the lower teeth the major cusp is slightly more erect, its medial margin almost straight, and there is only one minor cusp on the lateral flank, though two on the median. All the cusps are sharply pointed and smooth-edged. Bases of adjacent teeth only slightly separated except at symphysis of lower jaw where there is a large median interspace. Teeth at centre of mouth slightly smaller than those midway out, though towards angles of mouth the teeth again decrease in size. One row of functional teeth in each jaw.

b) juvenile: 11 - 10/10 - 9, in the 445 mm male, 12 - 11/11 - 10 in the 472 mm male, one-cusped and similar in the upper and lower jaws. Each tooth with an ovoid to subrectangular base about twice as long as high, and carrying a sharply-pointed, smooth-edged blade-like cusp. The cusps are enamelled only on their margins, and are so strongly reflexed as to lie horizontal; hence their median margins form a continuous cutting edge. 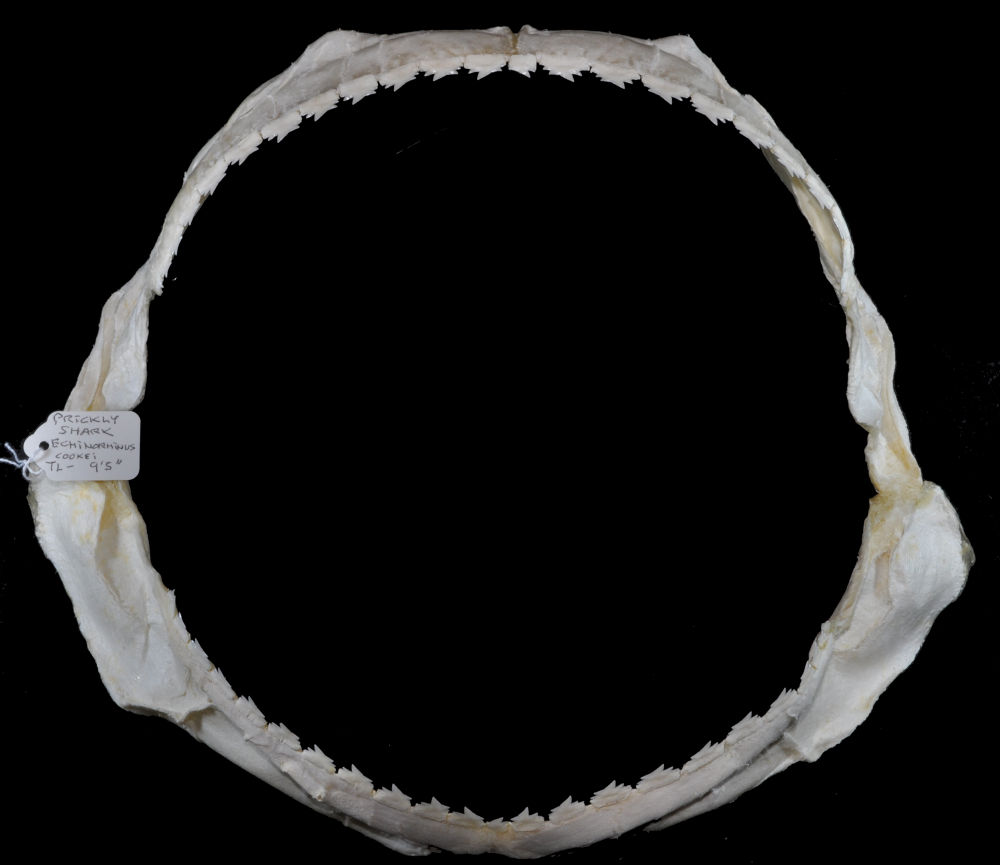 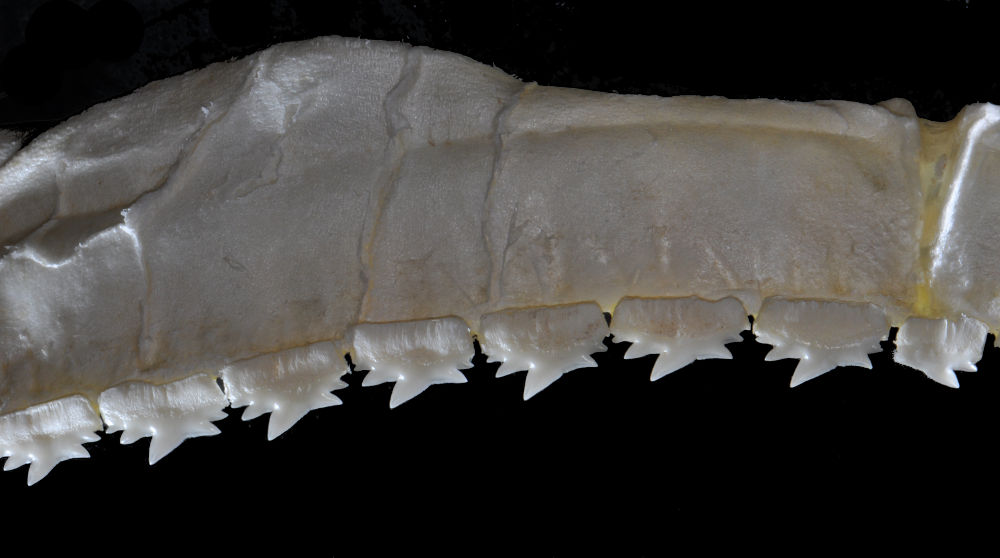 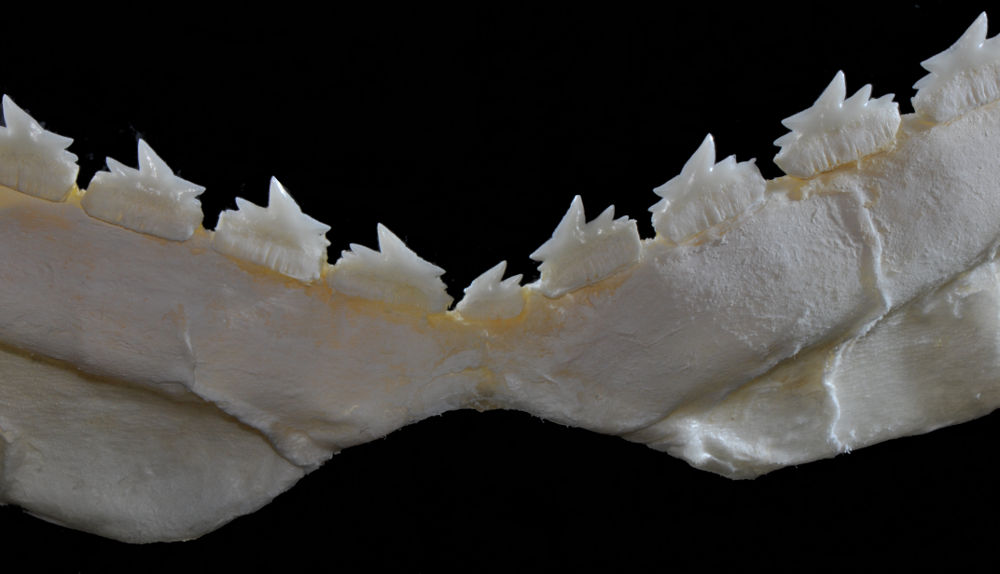 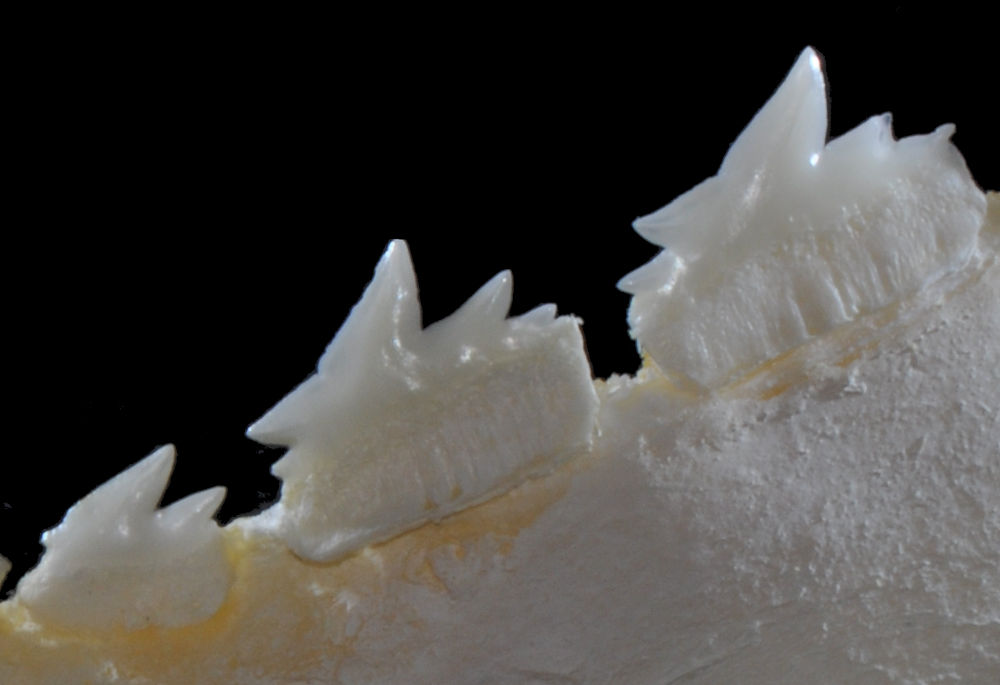 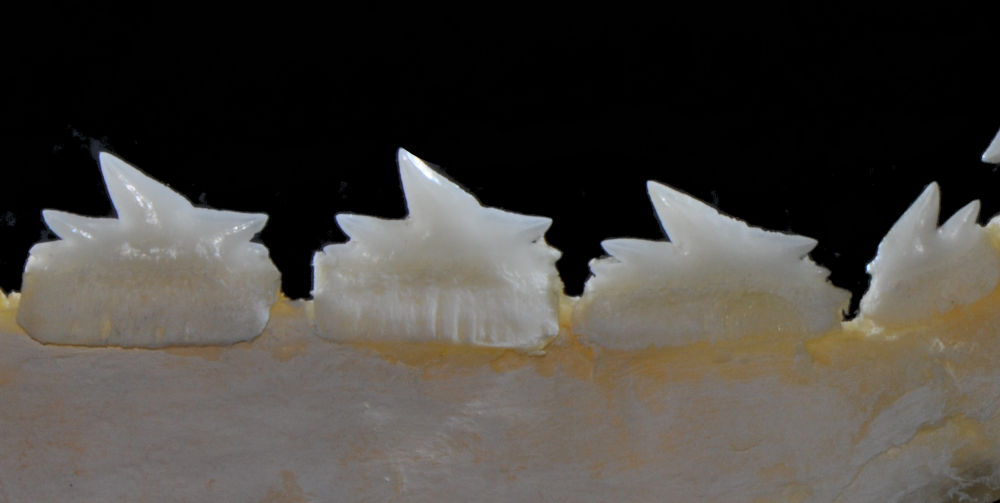 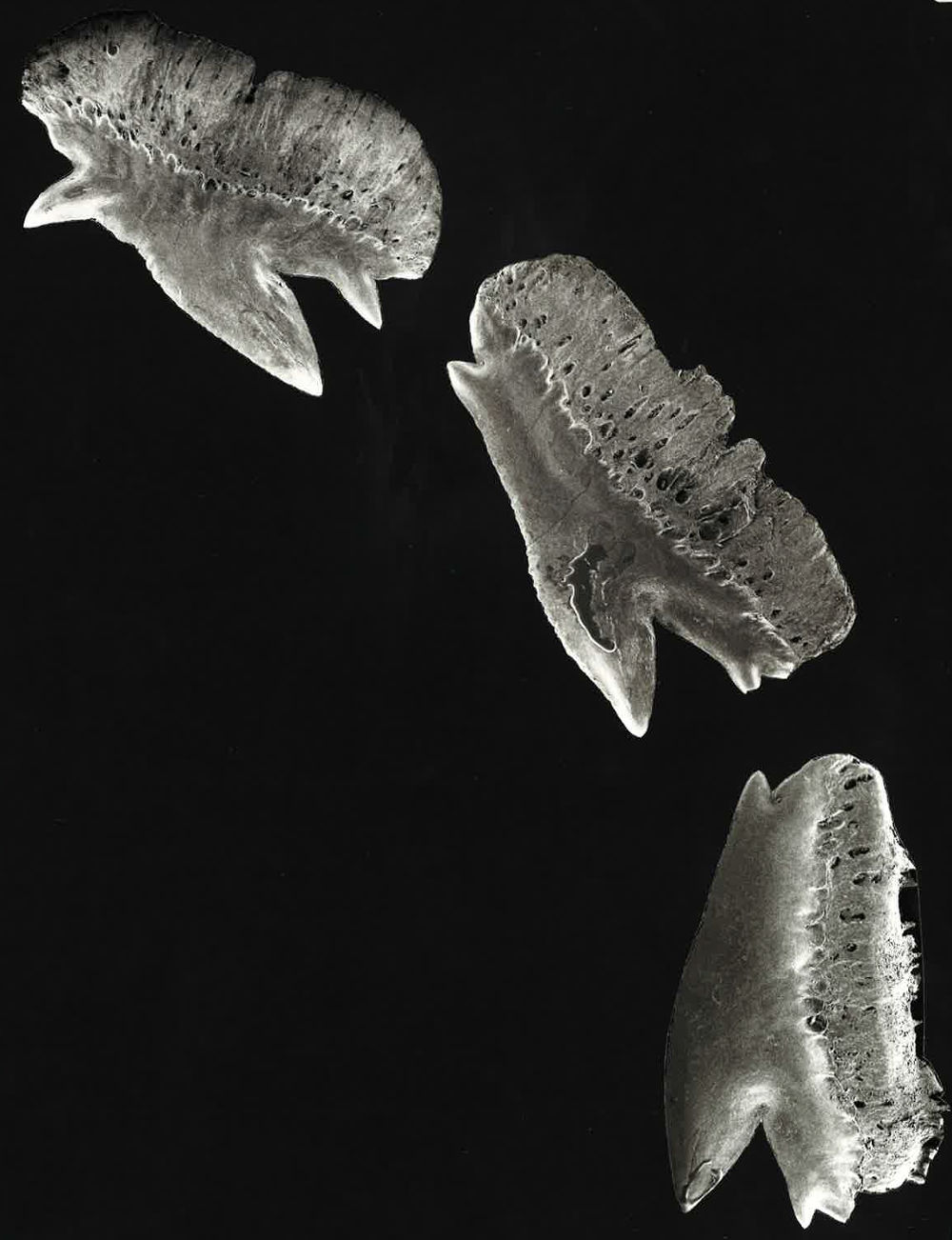 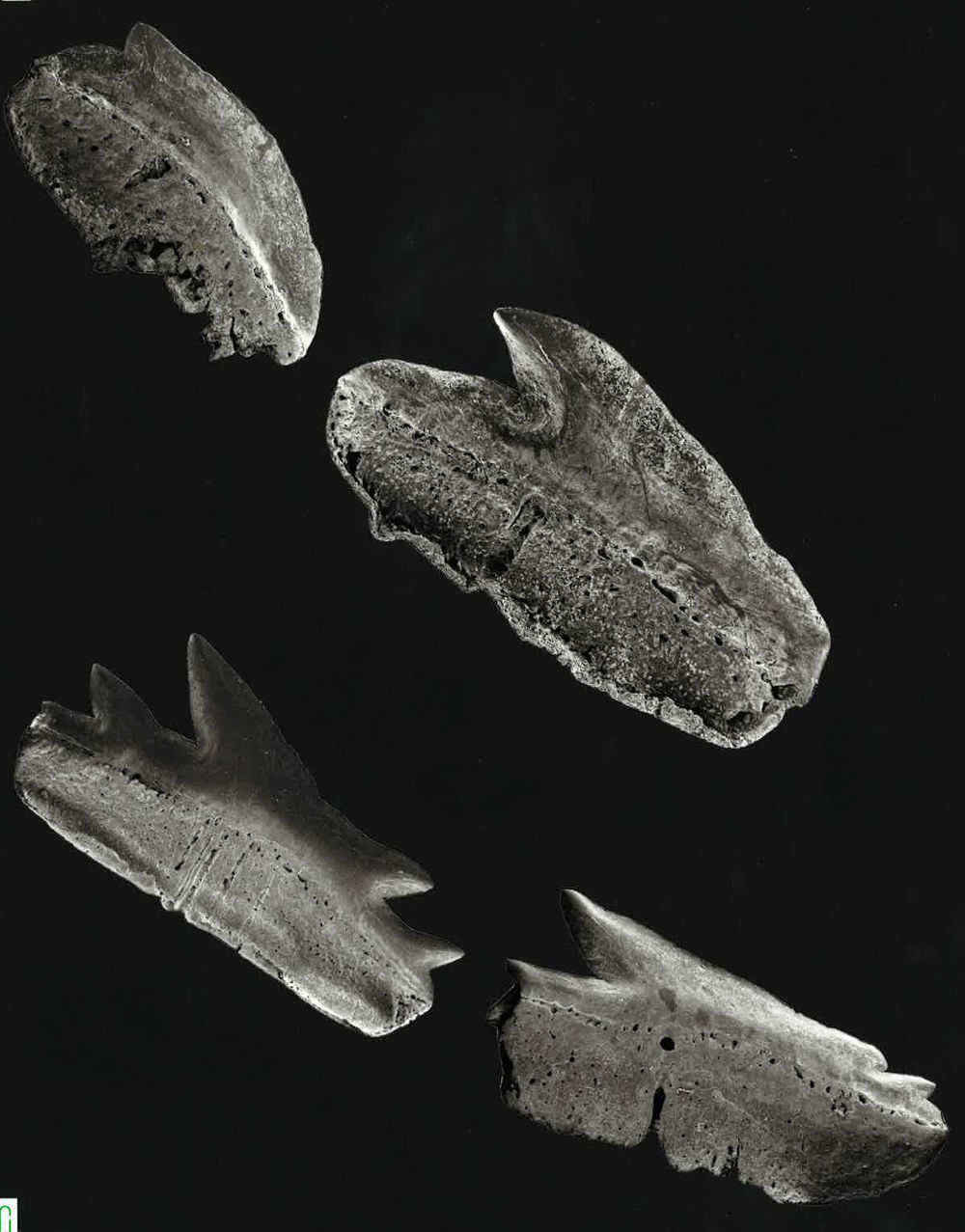 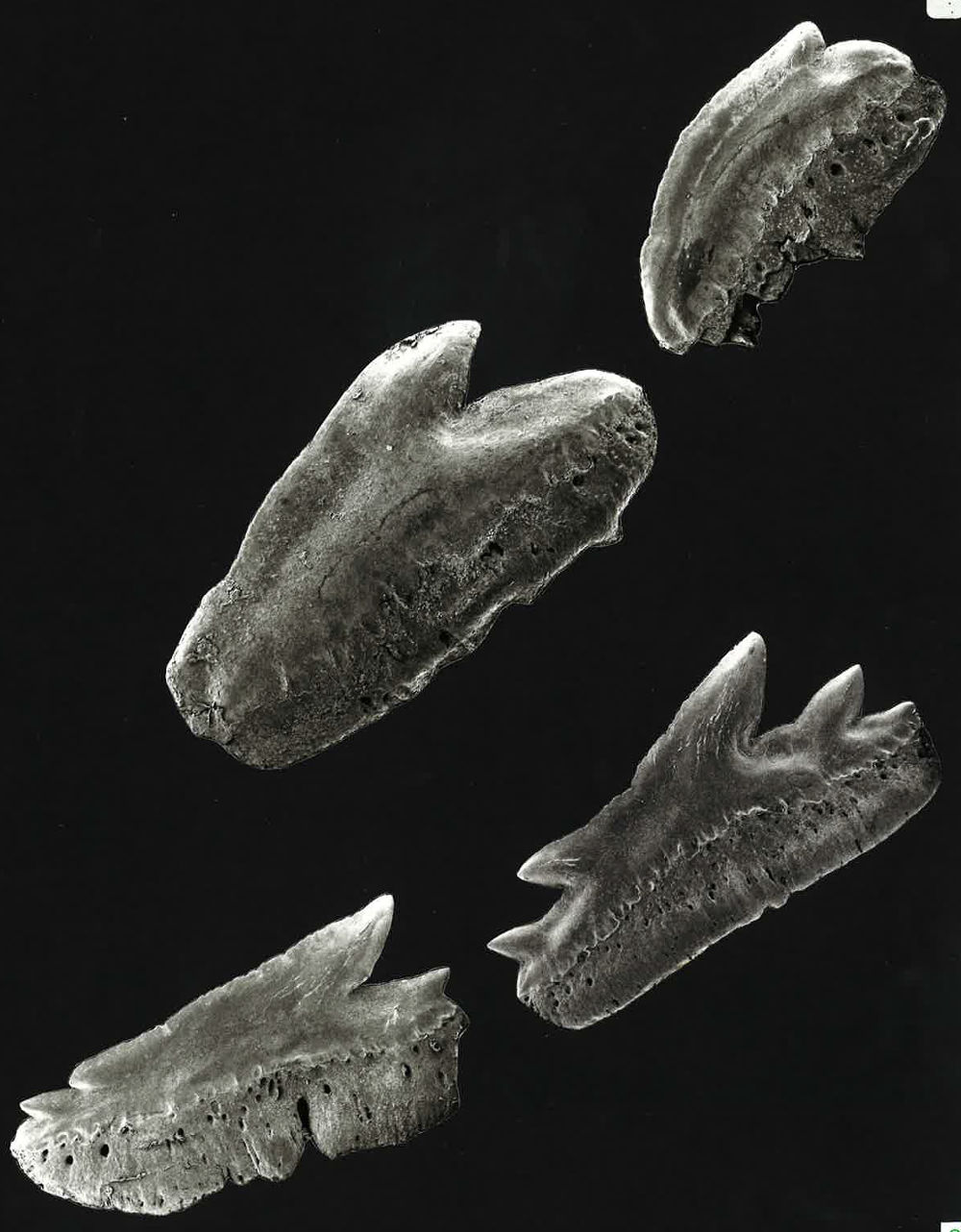 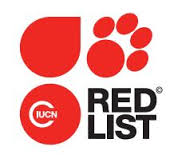 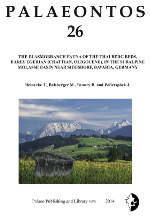 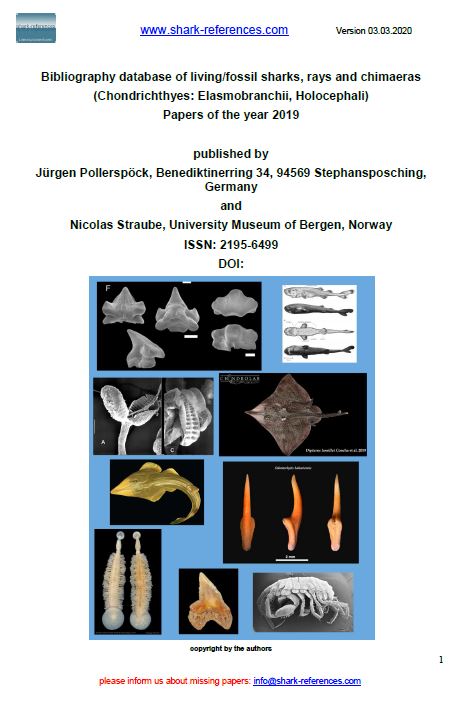